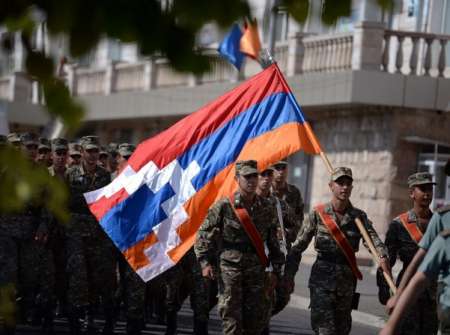 Armenian government will discuss a draft law on recognition of Nagorno-Karabakh Republic at the session of May 5.

The draft was presented in Armenian National Assembly by MPs Zaruhi Postanjyan and Hrant Bagratyan.

“The adoption of the presented draft law by the government of the Republic of Armenia is conditioned by the results of the discussions between Armenia and Artsakh, taking into consideration future developments, including external factors,” states the government’s conclusion.

It is worth noticing that Armenian President Serzh Sargsyan stated the possibility of recognition of Artsakh’s independence on April 4.

“If the military actions continue and gain large scale, Armenia will recognize the independence of NKR,” stated Armenian President.