The Canvases of Special Value were Revealed and Confiscated 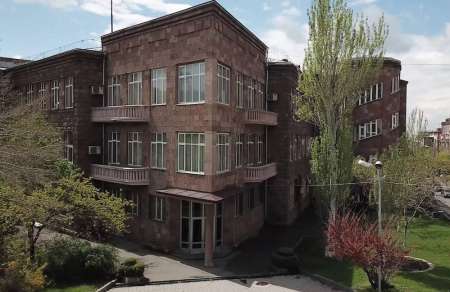 As a result of extensive integrated operative-search measures and investigative activities initiated by the National Security Service of Republic of Armenia and the RA Investigative Committee, a case of the theft of paintings from the RA National Gallery many years ago was revealed.

In particular, the National Security Service received operative data according to which two citizens of Armenia wanted to sell the canvases of particular value, i.e. Matthias Brassau's “The Hunter” and Isaak Levitan's “Etude: Spring Landscape” that were stolen from “National Gallery of Armenia” SNCO.

The inspection showed that back in 2012 the RA Investigative Committee instituted criminal proceedings in relation to the theft of ten museum articles, including the aforesaid canvases, from the showroom of “National Gallery of Armenia” SNCO and the Director's office between 1951-1992. However the crime was not disclosed, the stolen museum articles were not discovered, and the criminal proceeding was suspended on the ground that the person who had to be presented as the accused, was not identified.

Comprehensive operative-search measures and investigative activities were conducted by the officers of the National Security Service of RA and the Investigative Committee of RA, with the help of the officers of the General Department on Combating Organized Crime of RA Police, to disclose the crime incident, to find the items stolen from the National Gallery of Armenia. As a result of these measures, immediately after the end of sale transaction of these canvases, the individuals, who sold the items of particular cultural value and were associated with the alleged crime, were found and brought to the relevant body. The mentioned paintings were found and confiscated from them.

Measures are being taken to ensure the objective, comprehensive and full examination of the circumstances, to reveal the whole circle of people possibly associated with the incident and to find the mentioned people.
Preliminary investigation is going on.
Note: A person suspected in or charged with a criminal offense shall be presumed innocent unless proved guilty in the manner prescribed by the Criminal Procedure Code of RA and unless the verdict comes into legal force.

Այս թեմայով Orange Armenia presented a special offer for internet subscribers Date of Valery Permyakov’s psychological­-psychiatric examination revealed Another special offer from Orange to Internet customers No violations were revealed in Gagik Tsarukyan's businesses.spokesperson A special meeting of the Council of Elders of Yerevan has taken place
Լրահոս
27 Feb