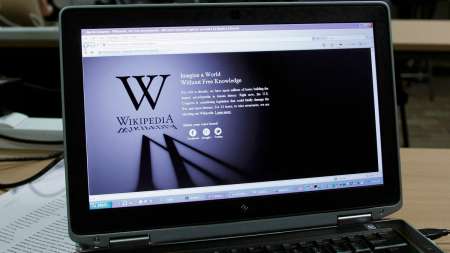 Turkey's Constitutional Court ruled on Thursday that a more than two-year block on access to online encyclopaedia Wikipedia in the country is a violation of freedom of expression. The ruling opens the way for lifting the website ban, which has been in place since 2017 due to entries that accused Turkey of having links to terrorist organisations. On its website, the court said it had ruled "that freedom of expression, which is under the protection of the 26th clause of the Constitution, had been violated."

Wikimedia Foundation, the nonprofit organisation that hosts Wikipedia, had applied to Turkey's highest court to challenge the access block.

"One of the sad issues is this: We expressed on every platform since the first day that the process of blocking access to the whole of Wikipedia was unlawful," Gonenc Gurkaynak, a lawyer representing Wikimedia, wrote on Twitter.

"Still, we had to drag out the subject by filing a lawsuit both with the (Constitutional Court) and (the European Court of Human Rights) and fight for this issue for years," he said.

The ruling was passed by a 10-to-six majority in the court, said Yaman Akdeniz, a lawyer who had applied to the court as a user.