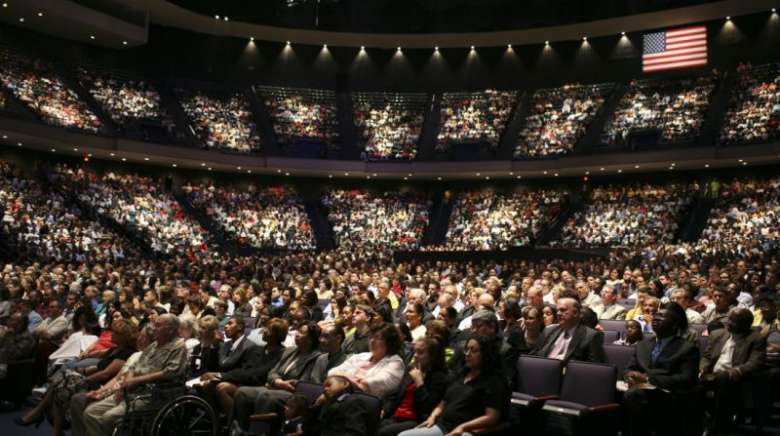 Hurricane Harvey has dumped over 30 inches of rain throughout parts of Southeast Texas since it made landfall on Friday evening. The storm and ensuing flooding have left at least 300,000 people without power and roughly 30,000 displaced to temporary shelters.

Thousands of people were still awaiting rescue as of Monday morning.Osteen and his wife live in a $10.5 million mansion in the upscale River Oaks neighborhood in central Houston. The neighborhood was hit with intense flooding over the weekend, with rescue teams coming to evacuate residents and their dogs. The preacher did not say whether his home was impacted.

Lakewood Church has previously helped with relief efforts in the city, most recently hosting a benefit concert in 2016 after heavy flooding. In 2001, the church sheltered roughly 5,000 Texans displaced by a tropical storm.

But the church’s response to Harvey drew harsh criticism on social media, with hundreds of users saying Osteen owes the city more than his prayers.