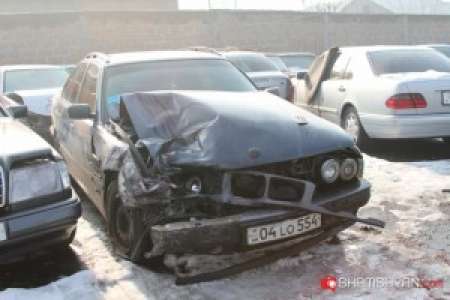 According to shamshyan.com, RA Police arrived at the scene, which barely managed to calm the culprit of an accident, who made a real show at the scene.

The medical examination revealed that M. Borisova was driving a car being drunk.

On behalf of the investigator G.Zokaryan's BMW was taken to the penalty area of Police, and the damaged vehicles were handed to the owners.

Photojournalist Gagik Shamshyan did not publish the video of the event yesterday, but after numerous requests from the readers of shamshyan.com the photojournalist changed his mind, and now present to your attention the video from the scene.