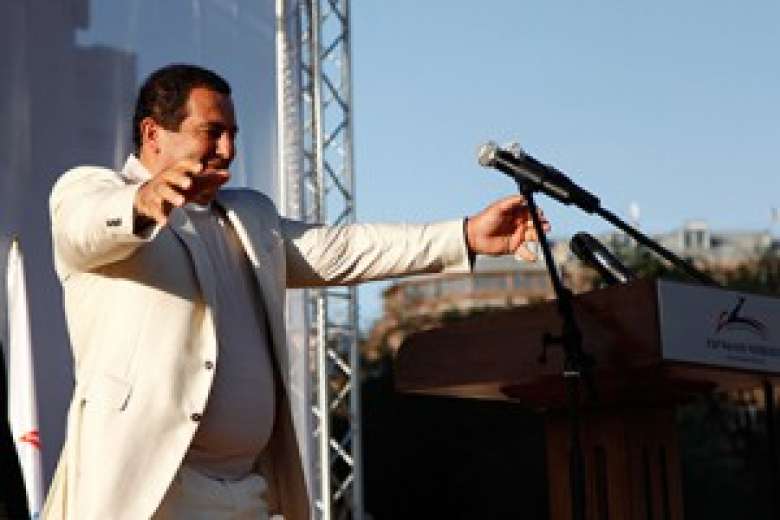 Opposition parties, adopted a posture of extreme, for the last time gave the society a shock, displaying their most profitable approach for each election.

And so, for the last time look at the last election, that is, the municipal elections, we come to a simple conclusion, society is doomed to the regime of imperfection. And this case is interesting from the perspective of the political forces that have adopted to change the situation from presidential elections to municipal elections.

The last force,that did in that way, now has different behavior on display, as if weeks ago in Liberty Square they were not professing eternal struggle. We mean, of course, "Prosperous Armenia" Party.

PAP Chairman Gagik Tsarukyan, the author of unprecedented phenomenon - having the organizer's position and role, brings together Serzh Sargsyan, Robert Kocharyan and Levon Ter-Petrosyan in Abovyan. This is not definitely everyone will attend the event, but that fact that it may become a turning point for the society, is compelling.

Yes, stereotypes change over time, now the opposition forces can be considered to have profitable businesses, entertainment centres, in short, they can amass wealth, but similar phenomenon has been ruled out not only practically, but has been denied even theoretically in the mind.

Of course, the opening ceremony of St. Hovhannes church and "Pharaon" complex can be the best opportunity to become an anchor, making it possible to reproduce cordial relations between RPA-PAP.

And so the thought did not make wait it too much, and it appears that the PAP is not going to give up its mandates, this is certainly the case with the confidence that suggests refuse of "Heritage" party mandates.

So, it turns out that PAP clearly re-enters the same ditch, that is, image of RPA-PAP coalition is re-emerging in the political field. This, of course, will be another shock for PAP, first of all as a political party, then the members of PAP will bear the impact of the strikes, particularly, Gagik Tsarukyan.

Not losing anything, of course, from the financial aspect, Gagik Tsarukyan the last trust of society from presidential elections, but Gagik Tsarukyan may lose "Prosperous Armenia" party in general.