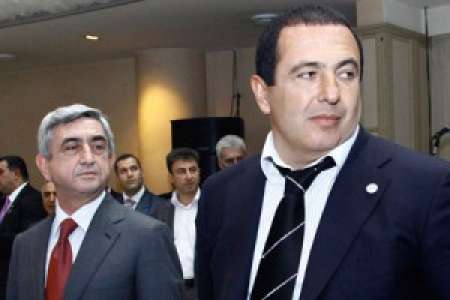 The Prime Minister of Armenia is already known, as expected, Tigran Sargsyan remained at his post. Foreign Minister Edward Nalbandian and Defense Minister Seyran Ohanian remained at their post as well.

With slow but firm steps the Republican Party of Armenia, headed by Serzh Sargsyan forms wing of power, which in turn will try to be faithful to the responsibility. Regarding the rest of the Ministers Serzh Sargsyan has still time to make a decision, that is, on the viability of this background is probably the most important question-election of Yerevan Council of Elders.

A few days left before May 5, and the victory in the upcoming elections has become the most important task of Serzh Sargsyan to provide a complete package of the Armenian government, considering only that the omission of Yerevan, Armenia, and as the center of the main industrial center will be for the authorities something like murder. It will be logical to think that Serzh Sargsyan will go broke in any case, that is, the idea of Gagik Tsarukyan, to make every effort for the victory, has become one of the most important incentives of life of leader of the RPA.

On this occasion, there is nothing left for RPA and Serzh Sargsyan but to the proper use of promotional tools and occupation of black PR for the other parties: the two functions Republicans quite skillfully perform both in real life and virtual, in social networks and informational sites.

Besides this, it is already noticeable a feature of Armenia, which is revealed every time before the election: increased pressure on competitors, as a result of which the competitors are out of the game. As presidential elections have shown, this method works in our country with German precision.

Like last time, this time as a target in the above-noted role is "Prosperous Armenia" in the face of Gagik Tsarukyan. As during the presidential election, and now Gagik Tsarukyan's companies are conducted a thorough inspection.

Thus, it appears that the methods used in Armenia before the election have given a positive result every time, and this time its target has been found in the face of PAP, which takes a serious bid for elections of Yerevan Council of Elders. It turns out that Serzh Sargsyan, while remaining true to tradition, once again, presents the community the lack of an alternative to the truth of the theorem, which Serzh Sargsyan has repeatedly argued himself.