Azerbaijan hopes stagnation in Nagorno-Karabakh conflict resolution will be overcome 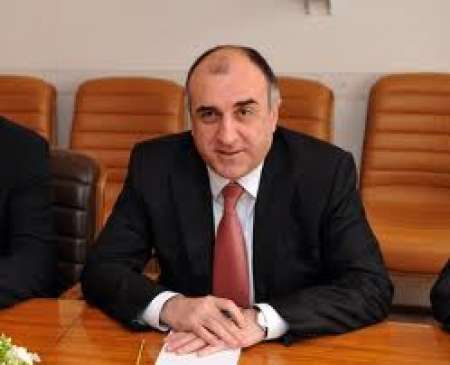 Azerbaijan hopes that the stagnation in the process of the Nagorno-Karabakh conflict resolution will be overcome, Azerbaijani Foreign Minister Elmar Mammadyarov said at a joint press conference with Russian Foreign Minister Sergei Lavrov, Rossiya 24 TV channel reported on Tuesday.

"Moscow and Baku considered the agenda of Russian-Azerbaijani relations and the Nagorno-Karabakh conflict is the biggest problem that Azerbaijan faces," Mammadyarov said, Trend reports.

According to Mammadyarov it is necessary to double or even triple the efforts to address this difficult, but resolvable conflict.
"Relations between Azerbaijan and Russia are very positive in terms of different areas. Our associations are developing in positive direction in terms of the economic point of view and bilateral relations in accordance with the agreement on strategic partnership, signed by the presidents in 2008 and we are acting within this document," Mammadyarov said.