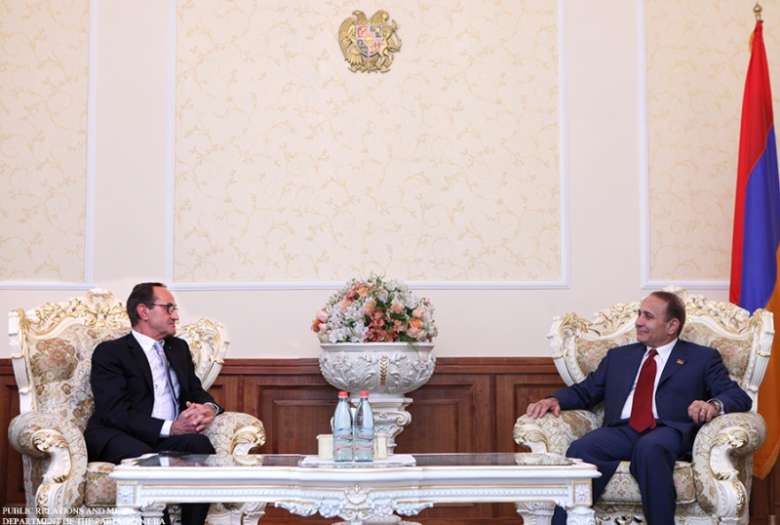 On May 31 the RA NA President Hovik Abrahamyan received René Rouquet, the Vice President of the Parliamentary Assembly of the Council of Europe (PACE), Head of the French Delegation to the PACE, Head of the NA France-Armenia Friendship Group of France.

The interlocutors highly assessed the stable developing Armenian-French friendly relations in all directions. It was noted that the dialogue of high political level, as well as the inter-parliamentary firm relations, the centuries-old historical-cultural ties between the two peoples serve as an important factor for the development of cooperation. By the sides’ conviction, the relations between the Senate of France and the National Assembly of Armenia have always been active, and in the development of inter-parliamentary relations they highlighted the role of the friendship groups. Both sides deemed important the cooperation in the international parliamentary structures.

In the course of the meeting other issues of bilateral interest were also touched upon.

Government will stand by each investor's side: Hovik Abrahamyan

We will form a new professional Government with the support of the President of Armenia. Hovik Abrahamyan