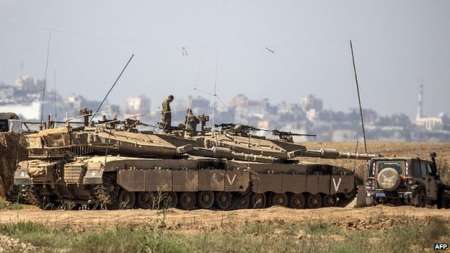 Hamas has offered to halt its rocket attacks if Israel stops its air raids on the Gaza Strip, the BBC understands.

A source with the Palestinian militant group said Egyptian intelligence officials had brokered a potential ceasefire. Israel has not commented.

In the past few days Israel has launched air strikes after rockets were fired from Gaza.

There is high tension in East Jerusalem ahead of the planned funeral of a murdered Palestinian teenager.

There have already been two days of clashes there between masked Palestinians and Israeli police over the kidnap and murder of 17-year-old Mohammed Abu Khdair.

The motive for his killing has not been confirmed but there are claims it was an act of revenge for the recent murders of three Israeli teenagers in the occupied West Bank. Israeli police are investigating.

The teenager's funeral has already been delayed, adding to the tension.

Police say they will hand the body to the family after Friday prayers, which are likely to end at about 12:30 local time (09:30 GMT). 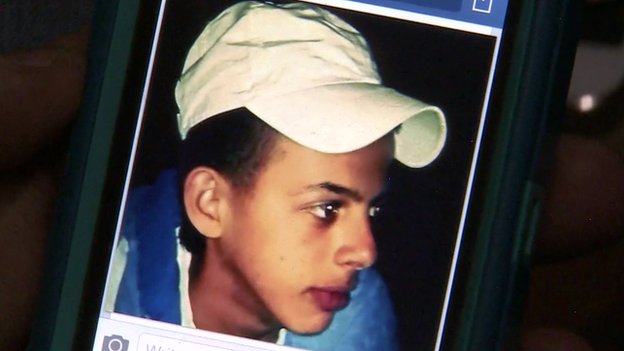 Mohammed Abu Khdair, shown in an undated family photo, was seen being forced into a car

The Hamas source told the BBC that "intensive contacts" between the group and Egyptian officials "succeeded in reaching a new truce between Hamas and Israel, and that the ceasefire agreement was to be announced within hours".

The source said Hamas was ready to halt rocket fire in return for an assurance that Israeli would stop air raids.

Egyptian military intelligence often provides a channel of communication between Israel and Hamas at moments of crisis.

Hamas officials now say those contacts have paved the way for a truce which has the potential to lower the political temperature after a week of sharply escalating tensions.

Hamas, as an offshoot of the Muslim Brotherhood movement, has been badly weakened by the Egyptian military government's moves to crush the brotherhood at home and can't afford a sustained escalation.

Israel argues it only launches air raids against Gaza in response to rocket fire.

The announcement may help to calm the mood ahead of the funeral in Arab East Jerusalem of Mohammed Abu Khdair, the Palestinian teenager who was abducted and murdered earlier in the week.

That service though remains a potential flashpoint and as the hour of Friday prayers approaches Israeli police will be out in force near the entrance to the Al Aqsa Mosque in Jerusalem's Old City, limiting access to women and to men over 50, to limit the potential for disorder.

The BBC's Rushdi Abualouf in Gaza City says contacts between Hamas and Egypt appeared to have calmed the situation on the ground.

The number of rockets fired at southern Israel has dropped and Israel has not launched any fresh air raids into Gaza, he says.

Earlier, Israel deployed extra forces along the border with the Gaza Strip after several barrages of rockets struck targets in southern Israel. A military spokesman said they were taking up "defensive positions" in Israeli villages that had been hit by rockets.

On Thursday, 10 Palestinians were injured in an Israeli air strike on Gaza. Air raid sirens sounded in communities across the south of Israel and a soldier was reported to have been slightly injured by a rocket strike in Eshkol. 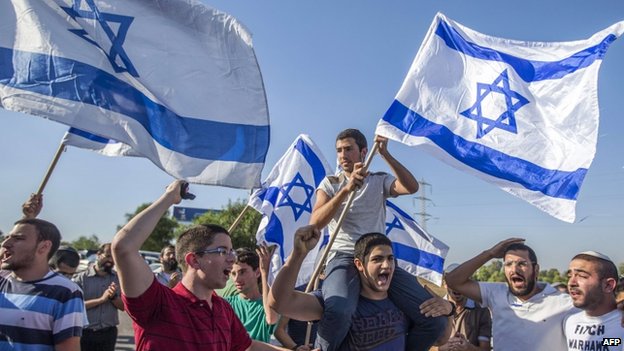 Tensions have been high in East Jerusalem ahead of Mohammed Abu Khdair's funeral.

The teenager was seen being forced into a car in Shufat, East Jerusalem, early on Wednesday and his body was later found in West Jerusalem.

It comes after the bodies of the three Israeli seminary students were found near the city of Hebron on Monday, two-and-a-half weeks after they were abducted. Their funerals took place on Tuesday.

Mr Netanyahu blamed their deaths on Hamas and called on Palestinian President Mahmoud Abbas to abandon a partnership his Fatah movement had struck with the group. Hamas has denied any involvement in the murders.