Serzh Sargsyan: “Azerbaijan will even lose in the “war of diversions”” 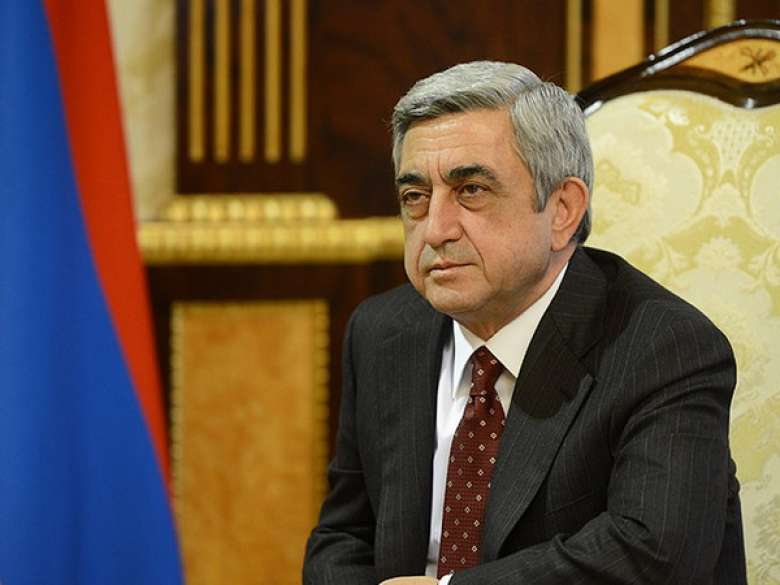 “Dear compatriots, I cordially congratulate you on the occasion of Army Day. For our country and nation, the army is more than just a state structure. The Armenian army literally protects us day and night, very often fighting against brigands attacking our homeland. Today they are trying to wage a new war
against us because they have lost all types of wars in the past. They will lose the so­called “war of diversions” as well. Even those who refer to us as “the enemy” can clearly see that there is no perspective.

In the year marking the 100 th anniversary of the Armenian Genocide, some have decided to intimidate us Armenians with homicide. We confess that what happened 100 years ago was genocide that was planned at the state level and successfully perpetrated. We are also aware of the fact that such a plan could have been perpetrated only in the absence of Armenian statehood.

Question: What is the relationship between the events that took place 100 years ago and today’s army, and does anyone with a sick mind have a plan to eliminate Armenia? I answer that question by saying that those plans are not only in the minds of some people, but are also expressed by the high­ranking officials of our neighboring country. They express that whenever they have the chance. According to them, Artsakh and the entire territory of Armenia are “historical Azerbaijani” lands and those lands are to be “liberated”. We know very well the targets of such “planned” rhetoric.

What are we Armenians doing? We say the right of the people of Artsakh to live freely is not a matter of debate. Period. Dear compatriots, Since the day of its formation when it had no official name, our army has undergone the trials and tribulations of war. It was formed as the will of our people to live and to be liberated, as the guarantee for their hopes, wishes and eternity. We have not had such a powerful army for a long time. I congratulate all of us on this great day. I wish our soldiers safe military service, and I wish us all peace.”