OSCE Minsk Group: Time has come for Armenia and Azerbaijan presidents to meet 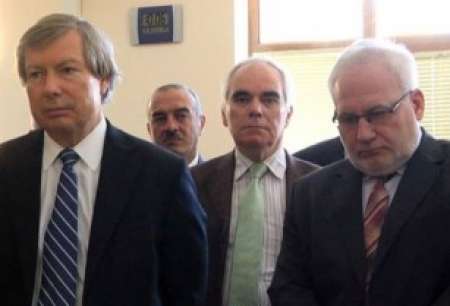 The Co-Chairs of the Organization for Security and Cooperation in Europe (OSCE) Minsk Group on Wednesday issued a statement.

“The Co-Chairs of the OSCE Minsk Group, Ambassadors Igor Popov of the Russian Federation, James Warlick of the United States of America, and Pierre Andrieu of France, remain fully committed to mediating a lasting settlement to the Nagorno-Karabakh conflict.

“In light of the recent violence and the urgency of reducing tensions along the Line of Contact, we believe the time has come for the Presidents of Armenia and Azerbaijan to meet.

“Our Foreign Ministers are prepared to facilitate this meeting next week in Vienna. Their main objectives will be to reinforce the ceasefire regime, and to seek agreement on confidence-building measures that would create favorable conditions for resuming negotiations on a comprehensive settlement on the basis of elements and principles under discussion.

“There can be no success in negotiations if violence continues, and there can be no peace without a negotiation process. We reiterate that there is no military solution to the conflict,” the statement reads.