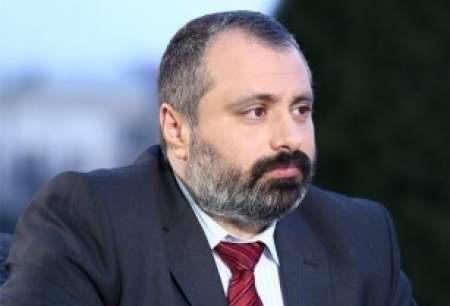 Mr David Babayan, Spokesman for the President of the Nagorno-Karabakh Republic (NKR), commented on Azerbaijani border infiltration attempt in the eastern direction of the Line of Contact (Akna).

Azerbaijan continues its counterproductive approaches, which is its style.

“Nothing extraordinary. The situation has been relatively calm on the border during the past few months, but Azerbaijan continues its aggressive and intolerant diplomatic policy. That is, we do not see any radical changes, the same enemy and the same aims,” Mr Babayan said.

According to him, Azerbaijan’s acts are also signals to the international community.

“I should say that, in contrast to very many states, Azerbaijan is more honest – it does not hide its true motives. It is seeking to occupy Artsakh, keeps on speaking of it and pursuing this policy. Their world outlook and approaches do not show any positive trends,” Mr Babayan said.

As to the fact that Azerbaijan’s acts of aggression overlapped the NATO summit in Warsaw, Mr Babayan said that Azerbaijan normally takes such steps during such meetings, but the Armenian armed forces are always ready to retaliate.

Negotiations are a must in any case as they contribute to peace and stability.

“However, the strongest factor was and is our powerful army for them to realize we are ready retaliate against any aggression,” Mr Babayan said.

Time will show the situation on the border in the future.

“Since Azerbaijan failed to achieve its goals during the April hostilities, suffering great losses - both military and human – and had to show more restraint. However, their essence has not changed,” Mr Babayan said.