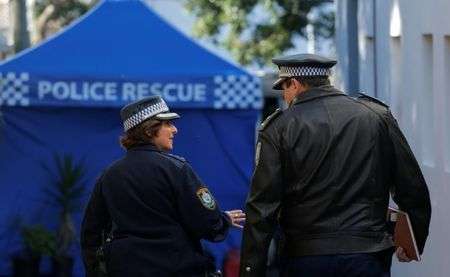 By Tom Westbrook and Jonathan Barrett

SYDNEY (Reuters) - An Australian man sent his unsuspecting brother to Sydney airport to catch an Etihad Airways flight carrying a home-made bomb disguised as a meat-mincer built at the direction of a senior Islamic State commander, police said on Friday.

Detailing one of Australia's "most sophisticated" militant plots, police said two men, who have been charged with terror-related offences, also planned to build a device to release poisonous gas in a public area.

The plot targeted an Etihad Airways flight on July 15 but the bomb never made it past airport security, he said.

"This is one of the most sophisticated plots that has ever been attempted on Australian soil," Phelan said.

Police allege that one of the two men charged late on Thursday had been introduced to Islamic State by his brother, who they said was a senior member of the group in Syria.