Azerbaijan supports Syrian rebels with half a million euros 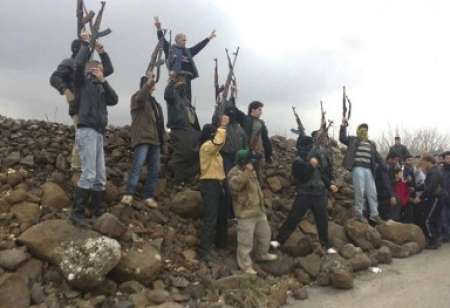 On August 27 Iranian “Haran” news agency, basing on Turkish sources reports, that "Azerbaijan, meeting the proposal of Ankara, supported Syrian rebels with 500 thousand euros”. According to "Haran-News" Turkish state officials, in response to the “ supposed Armenian project to move Syrian-Armenians to Karabagh”, convinced the authorities of Baku to financially support Bashar al- Asaad’s opponents. According to the source, Baku’s prerequisite was to keep the support in secret, which is why it was transferred through Turkey. Note, that in recent weeks the Azerbaijani media was continuously speaking of the supposed project of “moving Syrian-Armenians to Karabagh”.
Source - “Araks” newspaper, Tehran