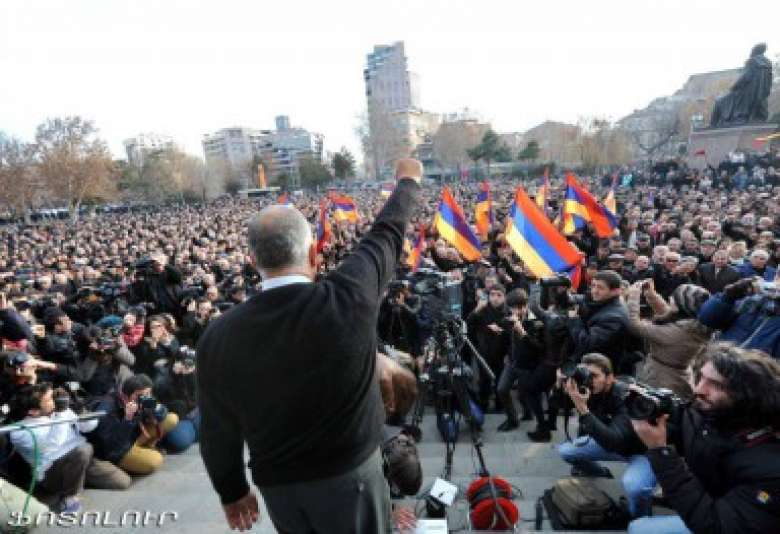 The movement led by Heritage party leader Raffi Hovannisian is different from the previous movements in one more respect – authorities’ representatives are involved in it as well.

Reporter of "Hraparak" also noted the Premier’s assistant at the scene. The reason might be their aim to report the accurate information on the situation to their leaders.