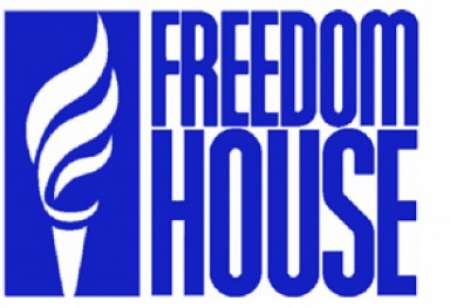 Freedom House a watchdog organization dedicated to the expansion of freedom around the world has issued Freedom of the Press 2013 Report.

The analysis found that less than 14 percent of the world’s inhabitants lived in countries with a Free press, while 43 percent had a Partly Free press and 43 percent lived in Not Free environments. The population figures are significantly affected by two countries—China, with a Not Free status, and India, with a Partly Free status—that together account for over a third of the world’s nearly seven billion people. The percentage of those enjoying Free media in 2012 declined by another half point to the lowest level since 1996, when Freedom House began incorporating population data into the findings of the survey. Meanwhile, the share living in Not Free countries jumped by 2.5 percentage points, reflecting the move by populous states such as Egypt and Thailand back into that category. Of the 47 countries designated as Not Free, nine have been given the survey’s lowest possible rating of 7 for both political rights and civil liberties. These worst-rated countries represent a narrow range of systems and cultures. One—North Korea—is a one-party, Marxist-Leninist regime. Two—Turkmenistan and Uzbekistan—are Central Asian countries ruled by dictators with roots in the Soviet period. Sudan is ruled by a leadership that has elements of both radical Islamism and a traditional military junta. The remaining worst-rated states are Equatorial Guinea, a highly corrupt regime with one of the worst human rights records in Africa; Eritrea, an increasingly repressive police state; Saudi Arabia, an absolute monarchy with severe social controls; Syria, a dictatorship in the midst of a bloody civil war; and Somalia, a failed state.

This year Armenia has improved its position with 4 points and received 61 points against 65 in the previous report. Armenia currently lacks just one point to appear among the Partly Free countries.