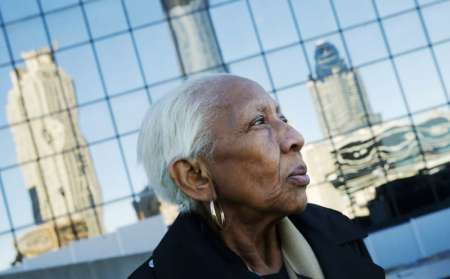 ATLANTA (AP) — A notorious jewel thief with an illicit career spanning six decades has been caught stealing again, but she wasn't after sparkly gems this time, police near Atlanta say.

Doris Payne, 86, was arrested at a Walmart store around 5 p.m. Monday and charged with shoplifting $86.22 worth of merchandise, according to a report from Chamblee police. The charge is a misdemeanor.

Payne was the subject of a 2013 documentary film, "The Life and Crimes of Doris Payne," that detailed her feats. In an interview with The Associated Press last year, she casually acknowledged, "I was a thief." She's well-known in fine-jewelry circles, and authorities say she has pocketed expensive jewels from stores around the world.