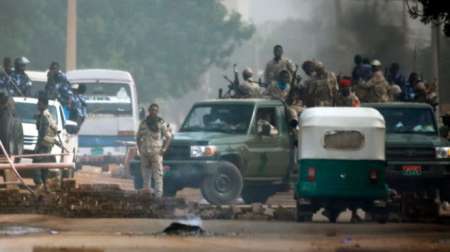 The number of people killed in a crackdown on pro-democracy protests in the Sudanese capital Khartoum has risen to 60, an opposition group says.

Members of a feared paramilitary group are reported to be roaming the streets attacking civilians.

The violence began when forces of the Transitional Military Council (TMC) opened fire on unarmed protesters on Monday.

The military has faced international condemnation for the attack.

Many Khartoum residents blame the Rapid Support Forces (RSF) for the violence. The paramilitary unit - formerly known as the Janjaweed militia - gained notoriety in the Darfur conflict in western Sudan in 2003.

Meanwhile, an attempt at the UN Security Council to condemn the violence was blocked on Tuesday by China, backed by Russia.