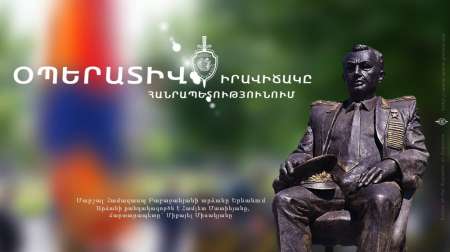 According to the operations reports of Police of the Republic of Armenia, 50 cases of crime were detected by officers of various police subdivisions in the territory of the republic from June 17 to June 18, 3 of which were previously committed crimes.
In particular, 15 cases of personal theft, 7 cases of fraud and battery, 4 cases of causing bodily harm, 3 cases of counterfeiting, 2 cases of hooliganism, 1 case of misappropriation or embezzlement, tax evasion, seizure of weapons and ammunition, drug detection, bribery, abuse office, use of violence against a representative of the authorities, death threats and false reporting of terrorism.
1 wanted person has been found, two others turned themselves in to the Police, 2 missing persons have been found, 1 case of voluntary surrender of arms and ammunition has been registered.
From earlier committed crimes 3 cases of personal theft have been solved.
Over the past 1 day, 10 accidents have been registered in the Republic: 1 person died, 17 people received bodily injuries of different levels of severity.