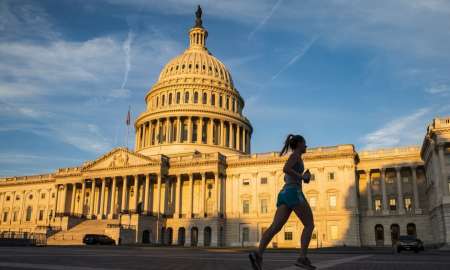 Speaker Nancy Pelosi announced that the US House of Representatives would begin a formal impeachment inquiry into Donald Trump, setting the stage for an extraordinary constitutional clash over allegations that the president sought the help of a foreign country to harm a political rival.

“The actions taken to date by the president have seriously violated the constitution,” Pelosi said in a formal address in Washington on Tuesday evening. “The president must be held accountable. No one is above the law.”

Impeachment is a rare and dramatic escalation that will reshape Trump’s already norm-shattering presidency as he seeks re-election. It is also freighted with political risks in a nation deeply divided over this president.

“Such an important day at the United Nations, so much work and so much success, and the Democrats purposely had to ruin and demean it with more breaking news Witch Hunt garbage,” Trump tweeted from New York as he attended the UN general assembly there. “So bad for our Country!”

After months of resistance in the face of calls from many fellow Democrats in Washington, Pelosi appeared to have determined that Trump’s alleged conduct and his administration’s refusal to comply with congressional requests for information and testimony had forced the House’s hand, leaving members no choice but to move forward with a formal impeachment inquiry.

In her official announcement, Pelosi noted that the chairs of six key House committees already involved in investigating Trump and his administration would make recommendations to the House judiciary committee, which has the authority to handle impeachment. Their reports could help form articles of impeachment brought against the president.