Amnesty International: Azerbaijan is a zone of gross violations of human rights 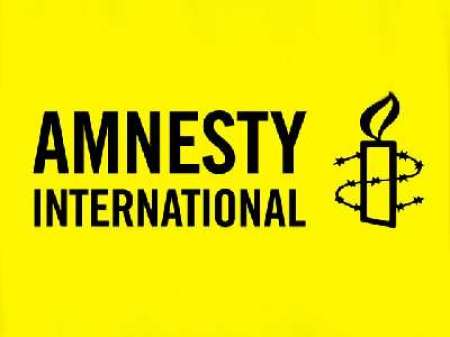 In many countries that call themselves democracies, citizens face a violation of their rights.

Government speak on the words of respect for human rights, but continue to violate them under the pretext of national security.

In the section devoted to Azerbaijan, it is read that the government continues to intimidate and imprison critics of the government. Peaceful protests are prohibited and the police disperses people with excessive force. Police torture have become commonplace.

There are prisoners of conscience in the country, some of which were pardoned by the Head of State on December 26. All were convicted on trumped-up charges.

State pursues human rights defenders and journalists for their work, intimidates and arrests them. An example is the case of the journalist Khadija Ismailova, Idrak Abbasov, Hilal Mamedov, human rights activists and Oktay Gyulalyev and Ilham Amiraslanov, civic activist Zaur Gurbanly of the NIDA Youth Movement.

NGOs working in the field of human rights and democracy facing pressure and persecution, they find it difficult to hold meetings or to act freely, especially outside of Baku. A striking example of this is the pressure on the authorities of Nakhchivan Resource Center for Democracy and the Baku branch of the Human Rights House - an international NGO, closed on charges of lack of registration.

Public protests are still banned in the center of Baku. In November, the authorities tightened the punishment for organizing and carrying out "unauthorized" protests. According to the amendments, the penalty is up to three years in prison and a fine of $10,000.

Peaceful assembly are regularly dispersed by police with excessive force, and their members are harassed, beaten and arrested. Over the last year, hundreds of people were subjected to administrative detention, and criminal charges were made against several dozen organizers. The reasons for the protests was discontent of citizens with corruption, soldiers’ death in non-combat, and fraud by authorities.