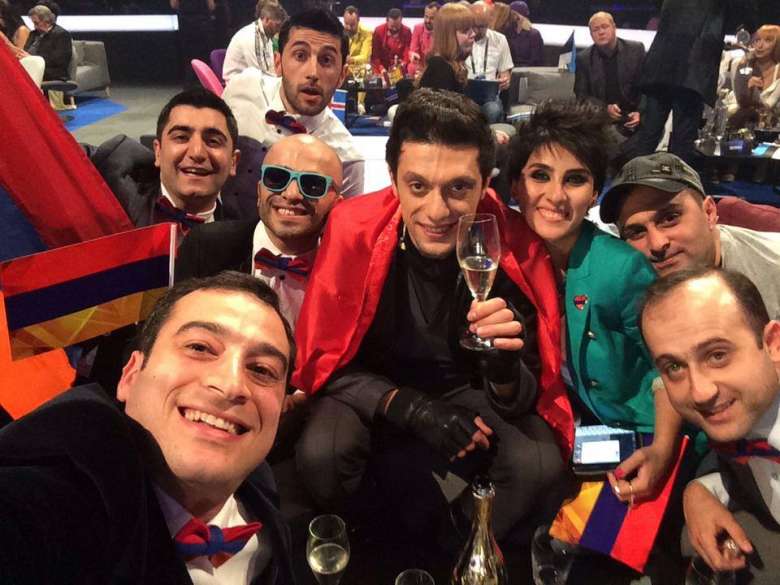 The Armenian delegation of "Eurovision 2014", which this year was one of the biggest, will return on May 13 in the morning. "Armenpress" was informed about this from the PR Manager of the First Channel of Armenia Arusyak Chakharyan, from
Copenhagen hosting the song contest. After occupying the 4th position in the song contest finals Aram MP3 on his Facebook official page thanked everyone who was at his side during these months and supported him. "My dear Armenians living in Europe, I am very grateful to all of you for voting for me. If the voting numbers did not match, it's not your fault. In fact, the jury gave us the low points. Once again I am very grateful for voting for me" - wrote the singer.

In Copenhagen he was accompanied by the Head of the Armenian delegation Gohar Gasparyan, about 30 members of the Public TV company's creative team, the singer's wife, as well as friends of the "Vitamin" comedy club. One of them was Garik Papoyan, who was the author of the lyrics of Aram MP3’s Eurovision song “Not alone”.

Aram Manukyan to RA Prime Minister: "You must be punished."

"Hraparak": Aram Karapetyan: "People will speak, and it will be as a result of street fight."

Aram Manukyan: "This power-sample of infinity of immorality."