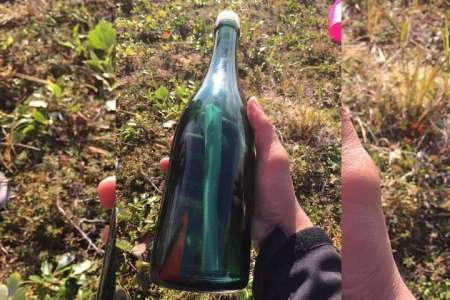 A man discovered a 50-year-old letter in a bottle from the Russian Navy on the shores of western Alaska.

Ivanoff shared his discovery on Facebook where Russian speakers translated the message to be a greeting from a Cold War Russian sailor dated June 20, 1969. The message included an address and a request for a response from the person who finds it.

He was skeptical he wrote the note until he saw his signature on the bottom.

“There – exactly!” he exclaimed.