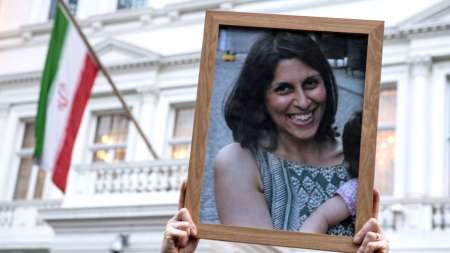 The prime minister urged Hassan Rouhani to release the British-Iranian dual national and other dual nationals imprisoned in Iran, a Downing Street spokesperson said in a statement.

The prime minister's meeting with Mr Rouhani at the United Nations General Assembly in New York on Tuesday comes amid heightening tensions with the country.

A number of British-Iranian dual nationals are being held in Tehran on highly disputed allegations, including mother Mrs Zaghari-Ratcliffe, who Mr Johnson notoriously claimed was teaching journalism in the country when he was foreign secretary.

The charity worker and her family had always maintained she was merely visiting relatives in Iran when she was arrested, but Mr Johnson's blunder added weight to the Iranian judiciary's argument that Mrs Zaghari-Ratcliffewas not in the country on holiday.